AfricaSeedsEventsSharing knowledge on SeedsWeek 29 – Case study: Sustaining the Traditional Dynamics of Production and Conservation of Traditional Rice varieties in Guinea-Bissau 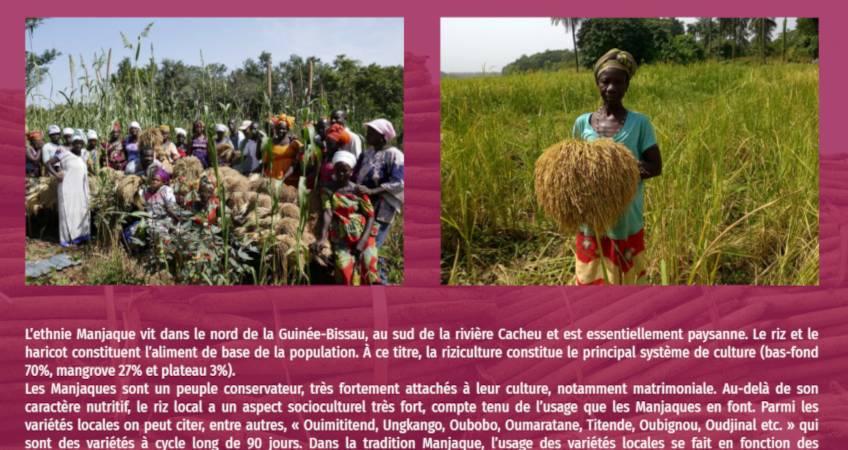 In order to preserve their tradition, the Manjaco communities have embarked on a process of preserving local varieties of rice essential for the organization of some traditional ceremonies.

Faced with these challenges, they restored their seed capital by making an inventory of all traditional varieties and their importance in traditional ceremonies. The organization of multi-stakeholder meetings (with a strong involvement of young people) has played a role in transmitting and maintaining knowledge in rural areas.

These meetings therefore not only made it possible to make an inventory of traditional varieties and the links with Manjaco traditions, but also to make a classification of varieties to be disseminated at the level of all four communities. To this end, seed multiplier producers were identified across all sections and then trained in local seed production and dissemination techniques.

Thanks to the combined actions and agronomic monitoring carried out with all seed producers, seven traditional varieties were produced and distributed in the four sectors, thus removing the fear of not being able to perform certain ceremonies due to a lack of an appropriate variety.