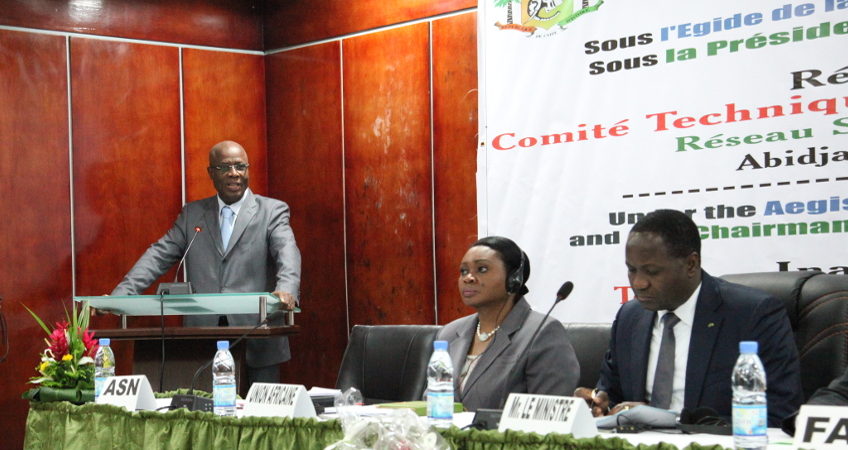 Abidjan, 18 August 2014 – The African Seed Network (ASN), created in 1998 by 40 African countries with the support of the Food and Agriculture Organization of the United Nations, has held its first Scientific and Technical Committee, and Governing Board meetings from 11 to 14 August 2014 in Abidjan, to discuss and define a continental strategy for developing effective and efficient seed systems in Africa.

Based in Abidjan, ASN is a unique pan-African seed-specialised institution initially created to serve as focal point for the coordination of all activities related to the Africa seed sector. Since then, challenges faced by the sector have grown in number and complexity, and the need for a more solid institution that guides the process of seed development and advocate for it is felt more than ever before.

Mandated by the African Union
During its first ten years of operation, ASN received demands from its member countries exceeding by far its capacities. Additional attention was put on the Network when in 2007 the African Union Commission (AUC) chose it for hosting the newly defined African Seed and Biotechnology Programme (ASBP).

Supported by the African Union (AU) 54 member states, ASBP provides a comprehensive framework for the seed sector development in the continent. Since then, and in spite of the crucial importance of seeds for the overall wealth of the agricultural sector, ASN has struggled with inadequate resource base, loose membership and outdated mandate and structure.

“There is the need for an independent and strong structure that can tackle the current challenges of the seed sector development in Africa” said Janet Edeme, Head of the Rural Economy Division at AUC. “ASN has great comparative advantages to take up those challenges, and the current restructuring that the institution is undergoing is the first step towards achieving significant transformations in the African seed sector”.

Restructuring
High level discussions between AU, FAO and the Government of Côte d’Ivoire resulted in appointing Dr Kouame Miezan as the new Executive Director of ASN in December 2013. Taking this challenge at face value, Miezan started by gathering a task force of internationally renowned experts to help him with the renewal of the institution. As a result, on 11 and 12 August at Abidjan international seed professionals and representatives of development partners came together for the first ASN Scientific and Technical Committee meeting to debate on the best way to restructure, strengthen and run ASN for full and effective functioning including its lead role in the implementation of ASBP.

“Due to the highly technical nature of activities in the seed sector, it is necessary that ASN relies on a body of multidisciplinary experts encompassing the whole gamut of the seed sector components,” Miezan said. “But strategic oversight and far-reaching vision will be the key elements in determining the success of this continent-wide enterprise.”

At a higher level of oversight, ASN has put in place a Governing Board made up of experts who have excelled in both technical and administrative domains of the seed sector. The ASN Governing Board, will meet once a year and, assisted with the outputs of the ASN Scientific and Technical Committee, will decide on all policy issues, agreements, budgets and staffing and major programmes and projects that are to be undertaken by ASN.

The first meeting of the Governing Board was held on 13 and 14 August, and allowed firm decisions on the various aspects, among which:

Resolutions
The meetings paid tribute to the Ivorian government which has sustained ASN during its difficult formative years and still continues support.
The meetings have led to the validation of a comprehensive strategy on seed sector development aiming at increasing quantity and quality of seeds available to farmers.

Other decisions relating to the strengthening and restructuring of ASN were also adopted.

The need to rename the Africa Seed Network was also felt due to the major structural and functional changes that had been decided, and therefore the Governing Board discussed the issue and agreed that the new name should from now on be “AfricaSeeds”.

A major achievement of the four-day meetings has been the adoption by ASN of the resolution to actively and effectively contribute to AU’s goal to achieve sustainable food and nutrition security by 2025 through the strengthening of national seed systems.