AfricaSeedsEventsGovernanceAfricaSeeds renews its ties with Tanzania and Zambia 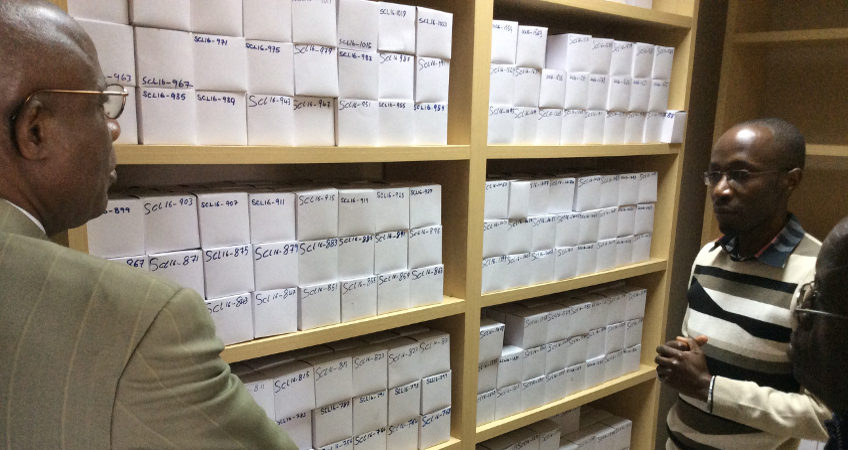 AfricaSeeds renews its ties with Tanzania and Zambia

Renewing commitments made with its 40 Member Countries in 1998 is part of AfricaSeeds’ strategy for the coordination of the development of the African seed sector. To this end, from 27 July to 3 August 2016, the Executive Director, Dr. Kouamé Miézan, visited Tanzania and Zambia.

The visit was an opportunity to present AfricaSeeds to the ministers in charge of the agricultural sector in the two countries, but also to the senior managers who are in the decision-making bodies on agriculture-related issues.

At the establishment of AfricaSeeds in 1998 under its former name ‘African Seed Network’, Tanzania and Zambia joined as did the other 38 Member Countries. However, actions to operationalize the network have been slow to materialize. Since the re-launch of activities begun in 2014, AfricaSeeds is gradually resuming its efforts to strengthen relations with its member countries. It was therefore necessary to present the recent history of the institution but also its model of intervention as the Agency for the implementation of the Seed Program of the African Union. AfricaSeeds also invited both countries to renew their commitment to an effective collaboration.

The delegation, led by AfricaSeeds Executive Director and his seed industry adviser Josiah Wobil, made a number of presentations on AfricaSeeds' strategic plan for the next ten years.

Discussions were also held to get buy in from the countries to identify a "national focal point" among the Ministry of Agriculture staff, who would serve as a technical interface and coordinate all seed activities under the overall leadership of AfricaSeeds.

In the Tanzanian capital Dar es Salaam, from July 27 to 31, 2016, the delegation met with Deputy Minister of Agriculture William Tate Ole Nasha. According to the Deputy Minister, the visit is timely. "The importance of seeds has taken critical national and global dimensions; Tanzania, being aware of this, placed the issue of seeds on the agenda at the national level", Nasha said.

However, he expressed concern about problems related to the management of germplasm, including the issue of genetic erosion. Other constraints identified by experts consulted during the visit were lack of sectorial statistics, inadequate capacity for variety maintenance, lack of specialized staff and lack of availability of first generation seed.

To the AfricaSeeds delegation, he finally gave assurances about Tanzania’s continued membership and promised he would support AfricaSeeds' work through bilateral collaborations. He also urged his staff and senior management at the meeting to work closely with AfricaSeeds with the ultimate goal of advancing the Tanzanian seed program.

In addition, Tanzania should shortly appoint a national focal point following the invitation of the Executive Director. This visit to Tanzania was facilitated by Patrick Ngwediagi, Plant Breeders' Rights Registry, who is also Chairman of the Governing Board of AfricaSeeds.

Lessons to be learned from Zambia's expertise

After Tanzania, the delegation led by Dr. Miezan arrived in Lusaka, the capital of Zambia on July, 31st, and carried out visits until August, 3rd. The Executive Director congratulated Zambia, in the person of the Permanent Secretary of the Ministry of Agriculture, for the speed with which the seed sector developed and had become one of the most advanced seed producing countries in Africa. The Executive Director was proud of this achievement and awaiting lessons from Zambia for other countries.

Beyond this, the Permanent Secretary recognized the fact that progress in the sector does not apply to minor crops and concluded that more efforts should be made to this end.

The Executive Director explained the process that resulted in the new name of AfricaSeeds as well as the overall strategy of the institution and its model of intervention. Finally, he invited officials to appoint a national focal point.

During the visit, the AfricaSeeds delegation was accompanied by Mr. Marx Mbunji, Director of the Africa Region, HarvestPlus. He facilitated all the stages of the visit in Zambia.

Further visits are planned for the next months to other Member Countries as well as the regional bodies in charge of seed-related issues in order to further contribute to the coordination of current efforts in the sector.